Discover the Top Bariatric Surgeons in Oregon with our hand-picked list.

Oregon features a median age of 39.6 years, amongst a population of 4.19 million and median household income of $63,426, as of 2018. The median household income saw an increase of 5.34% from the previous year, while the population increased by 1.16%. The patient to primary healthcare physician ratio in Oregon is significantly lower, compared to the neighboring states of Washington, California, Idaho, and Nevada.

The adult obesity rates in different counties of Oregon range between 19.7% to 35.6%. Linn County has the highest rate of adult obesity, ranging between 33.3% to 35.6%.

Depending on the procedure, the cost of bariatric surgery in the state starts from $16,000.

Our mission is to connect you with the leading bariatric surgeons in Oregon. We've hand-picked these top weight loss surgeons in. Oregon. Find Bariatric Surgeons in Portland, OR.

Dr. Nair, MD, is a board-certified general surgeon with more than 28 years of experience. His area of surgical focus is the organs within the.. 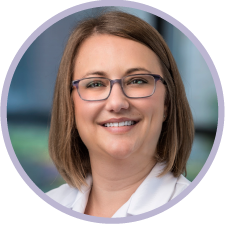 Dr. Thompson, MD, is a board-certified general surgeon with more than 8 years of experience. Her area of clinical interest includes - bariatric..

Dr. Pattersons, MD, FACS, FRCSC, is a board-certified general who has more than 20 years of experience. She has performed over 4,000..